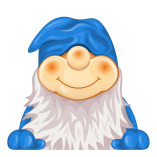 Top competencies (Based on 19 published reviews)

5.00 out of 5
6 Reviews
Wichtel Umzüge Berlin offers a professional service.

5.00 out of 5
6 Reviews
The results fulfill all requirements.

Keep up the good work...

257 Reviews from 3 other sources

Your message to Wichtel Umzüge Berlin

* All reviews and experiences about Wichtel Umzüge Berlin are the subjective opinions of those who compose and submit them  |  The profile owner is responsible for the contents of this page  |   Profile active since 06/19/2020  |  Last update: 06/12/2022   |  Report profile