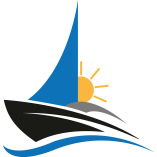 This award is based on the customer reviews of the last 12 months:
4.91 out of 5
Excellent
149 Reviews
of which
4 Reviews
from 2 other sources
Criteria for the award >

This award is based on the customer reviews of the last 12 months:
4.88 out of 5
Excellent
145 Reviews
Criteria for the award >
4.89 out of 5
Excellent
376 Reviews
of which
41 Reviews
from 2 other sources
Submit a review
Contact information
For over 30 years we have been training water sportsmen and women (sailing and motor boats) with great passion at a high level. This long experience guarantees a competent and professional training in theory and practice. But above all, the fun... and enthusiasm for our fantastic sport are in the foreground and take a very high priority.

The motorboat courses are held on our 21 ft motorboat and the sailing courses on our open keel boats (capsize-proof) on the Xanten North Sea. For the theory courses you can choose between three different training locations (Xanten, Kleve and Wesel).

The advanced courses for the Sport Coastal Ship License (SKS) and Sport Sea Ship License (SSS) are held in Xanten, the training trips take place on the Baltic Sea. There we also conduct vacation cruises.

For the mastery of radio communication we offer the radiotelephone certificates Binnen (UBI), See (SRC) as well as the LRC.

Weather seminars and the certificate of competence (FKN) in marine distress signals - pyro complete our offer.

Sailing and motorboat training, introductory and refresher courses are offered by arrangement. Of course, we will take into account your personal wishes and any previous knowledge you may have. Just contact us!

5.00 out of 5
3 Reviews
The results fulfill all requirements.

41 Reviews from 2 other sources

All reviews and experiences about Yachtschule Nautilus - Jörg Jäschke & Jörn Hilgers GbR are the subjective opinions of those who compose and submit them  |  The profile owner is responsible for the contents of this page  |   Profile active since 02/06/2020  |  Last update: 05/23/2022   |  Report profile