EGROMA GmbH
Write a message
Excellent
Get in touch 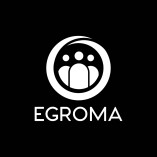 4.82 out of 5
Excellent
14 Reviews
Authenticity of reviews
Submit a review
Share profile
Contact information
We recruit skilled workers for your hard-to-fill craft position, and we do it within 30 days without expensive recruiters or temps, so you don't have to turn down jobs anymore and can finally grow your business again.
View full description

5.00 out of 5
2 Reviews
EGROMA GmbH fulfills services within the expected time period.

4.82 out of 5
Excellent
5.00 out of 5
Excellent
Recommendation
At the beginning I was very skeptical, have believed in no success. After then the ad was set after initial difficulties (caused on our part) Thursday, I was taught better. Because "believe it or not" within 5 days 5 top-class fitters had registered, of which I had then hired 2. On the following weekend then again 4 fitters had reported. Since this then took over hand, I had decided to end the action.
Conclusion: the success justifies the high financial expenditure.
The assignment to the company Egroma to find employees was a sensational success.
In the future I will do this only in such a way.
Sincerely
Christoph Rechkemmer

5.00 out of 5
Excellent
Recommendation
Justin and the team at Egroma are the #1 place to go when it comes to staffing professionals. His recruitment expertise is 1A and worth 5 stars in all areas.
Show original Translation
Quality 5.00
Value 5.00
Services 5.00
Realization 5.00
Consulting 5.00
Customer service
Excellent (5.00)
Cost-performance ratio
Excellent (5.00)
Customer review & rating for:
EGROMA GmbH
View rating
05/08/2021Timm E.
Report review

5.00 out of 5
Excellent
Recommendation
Justin and his team are doing a very good job. Our campaigns have been running for a week and we have already received the first 5 applicants. We will give a detailed reference at the end, because so far the cooperation is going better than we imagined.
Show original Translation
Quality 5.00
Value 5.00
Services 5.00
Realization 5.00
Consulting 5.00
Customer service
Excellent (5.00)
Cost-performance ratio
Excellent (5.00)
Customer review & rating for:
EGROMA GmbH
View rating
11/13/2020Michael B.
Send email to reviewer  |  Report review

4.93 out of 5
Excellent
Recommendation
Thanks to the help of EGROMA company, we were able to attract over 10 applications and fill our position in under 3 weeks. Thank you very much for the great cooperation.
Show original Translation
Quality 5.00
Value 5.00
Services 5.00
Realization 4.67
Consulting 5.00
Customer service
Excellent (5.00)
Cost-performance ratio
Excellent (5.00)
Customer review & rating for:
EGROMA GmbH
View rating
11/13/2020Antonia S.
Send email to reviewer  |  Report review


Share review
5.00 out of 5
Excellent
Recommendation
I was very impressed by the professional approach of the team. Despite my initial skepticism, I am now very convinced of EGROMA's work. Together we were able to fill our position with a skilled electrician in 30 days as promised.
Show original Translation
Quality 5.00
Value 5.00
Services 5.00
Realization 5.00
Consulting 5.00
Customer service
Excellent (5.00)
Cost-performance ratio
Excellent (5.00)
Customer review & rating for:
EGROMA GmbH
View rating
11/13/2020Marc S.
Send email to reviewer  |  Report review


Share review
Want to add more sources? Upgrade to at least the BASIC plan.
Submit a review
Get in touch
Share profile

Your message to EGROMA GmbH

All reviews and experiences about EGROMA GmbH are the subjective opinions of those who compose and submit them  |  The profile owner is responsible for the contents of this page  |   Profile active since 11/13/2020  |  Last update: 01/15/2022   |  Report profile