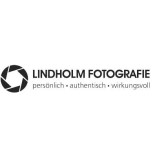 4.85 out of 5
Excellent
98 Reviews
of which
25 Reviews
from 3 other sources
Authenticity of reviews
Submit a review
Contact information
Professional photographer for companies and individuals with photo studio in Küssnacht am Rigi.

In the photo shoot I help overcome insecurities in front of the camera. To do this, I guide them specifically with empathy, patience, ideas and experience and give specific tips and instructions on how you look best.
... Over the years, I have developed my very own methods that make every person look authentic and natural - always tailored to the desired image effect. It doesn't matter whether you consider yourself unphotogenic or have only ever seen unflattering pictures of yourself.

You will receive continuous visual feedback and my guidance during the photo shoot. The photo shoot always runs without stress and pressure.
View full description

4.94 out of 5
17 Reviews
Lindholm Fotografie is clear in terms of communication.

25 Reviews from 3 other sources

Your message to Lindholm Fotografie

All reviews and experiences about Lindholm Fotografie are the subjective opinions of those who compose and submit them  |  The profile owner is responsible for the contents of this page  |   Profile active since 09/12/2017  |  Last update: 03/14/2022   |  Report profile