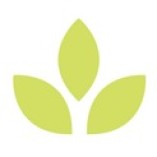 4.80 out of 5
Excellent
115 Reviews
of which
98 Reviews
from 5 other sources
Authenticity of reviews
Submit a review
Contact information
At Natura Heilpraxis, we are particularly concerned with holism. With full conviction, we want to help our patients on all levels in order to really transform the causes of illness and not just fight symptoms. We also see ourselves as a preventive... practice and motivate our patients to do something holistically for their health even before illness arises. Especially intestinal health is a key element.
View full description

5.00 out of 5
4 Reviews
Natura Heilpraxis provides a wide range of services.

5.00 out of 5
4 Reviews
Natura Heilpraxis inspires confidence to speak about sensitive details.

4.96 out of 5
Excellent
5.00 out of 5
Excellent
Recommendation
The comprehensive holistic diagnostics of this practice helped me to find hidden inflammation in the jaw, which was not visible on the X-ray. Yesha Karmeli diagnosed it immediately and then that could be treated by the dentist.
The effective infusion therapy helped me a lot in the dental treatments to speed up the healing process and to consolidate the implants very quickly.
The Natura Heilpraxis is also an aesthetic gem, a green oasis in Berlin with the friendliest staff❣️.
I can also recommend the massage offer. Here work therapists who can heal even the deepest structures and help to find their own exercise path to stay healthy. Thank you ☺️

Show original Translation
Quality 5.00
Examination 5.00
Consulting 5.00
Treatment 5.00
Practice 5.00
Service
Excellent (5.00)
Customer review & rating for:
Natura Heilpraxis
View rating
07/02/2022Udo H.
Send email to reviewer  |  Report review
Share review:
5.00 out of 5
Excellent
Recommendation
Am super satisfied
I am a music student and suffer from Lyme disease and the associated pain, which unfortunately prevented me from continuing my studies.
After prolonged exhaustion and countless visits to the doctor - which unfortunately did not really help me - healer Yesha Karmeli was able to help me.
The treatment was worth every Euro and I already feel much better.
Thank you very much Yesha Karmeli and his team.

Since I have a lot of moles all over my body (see pictures: Before treatment 1-3), I already had some experience with laser and surgical cutting/scalpel removal. Since this always resulted in scarring, I especially did not want to have my moles on my face removed by one of these methods.

I decided to try Yesha Karmeli's method on a birthmark on my face. This involves dabbing the moles with a plant-based mineral solution. It burns slightly, but was not very painful, so it was easy to endure. During or directly after the treatment the moles turn white (see pictures 21.02.2019 1-3), after about a day later they turn darker and darker brown, they become darker and drier within a few days. Then the mass slowly peels off similar to the scab on a wound. You should make sure that it comes off on its own and not help it along. So after the first treatment, most of the mass had come off and the birthmark was almost completely flat and also the color changed, the birthmark took the color of skin color. After 2 more treatments, the birthmark still showed but almost completely flattened. The color change can also be seen very well on the pictures "Before treatment" and "After treatment".

Through this experience, I have now dared to have 3 other large moles on my face reduced/flattened with this method. As you can see in the pictures, after the treatment, these also turned completely white at first (see pictures 10/29/2019 1-5), then became darker and darker over the following days (see pictures 11/07/2019). These moles also almost completely dissolved after the first treatment, a large part of the respective mole fell off and they lost the brownish coloration (see 11/19/2019 1-7). I decided to do a second treatment on these moles as well and have achieved further flattening (see After Treatment images 1-5). I find the result to be consistently positive. The moles do not disappear completely, but they become very flat and the dark brown color disappears. I think I will have another treatment in the future to achieve further flattening.

Yesha Karmeli advised me very comprehensively from the beginning and took a lot of time for me and my concerns. In addition, he answered other questions concerning my health. He pointed out to me from the beginning that every body reacts differently. In my case, I have the feeling that my body does not want to give up any more of the moles, which is why a large part of the moles already came off during the first treatment, but only less during the subsequent treatments. By the way, the first birthmark came off relatively quickly, I think within 1 week. The other three took longer, about 2-3 weeks.
Conclusion: If you want to avoid scars caused by incisions - and even with laser removal I was always left with an uneven, scarred area of skin, sometimes even dents or "holes", because some birthmarks go into the skin - I can highly recommend Yesha Karmeli's method! Of course, I would have liked the moles to disappear completely. As I have read in other reviews about Yesha Karmeli, others have also had moles disappear completely. I don't know if it was because the moles were just much smaller. Or it is actually because - as Yesha says - , that every body reacts differently. For me, removing moles from my face meant a big process, because I've lived with them all my life and don't know my face any other way. However, over the years they have become a little bigger and bigger, so that by now (I am 33 years old) I found the moles too big and especially in the side profile of my face disturbing and unattractive (see Before Treatment pictures). However, I wanted to avoid having scars instead of moles on my face. Therefore, I am very satisfied with Yesha Karmeli's method! In addition, I find Yesha and his practice team very nice, approachable, competent and they take enough time.

If anyone is in a similar situation as me and would like to discuss birthmark removal with me in person, please feel free to send me your contact information through the practice.

98 Reviews from 5 other sources

Your message to Natura Heilpraxis

All reviews and experiences about Natura Heilpraxis are the subjective opinions of those who compose and submit them  |  The profile owner is responsible for the contents of this page  |   Profile active since 05/16/2016  |  Last update: 07/02/2022   |  Report profile