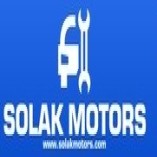 443 Reviews i
published (99 %)
out of 444 reviews
of which
419 Reviews
from 3 other sources
Authenticity of reviews
Submit a review
Contact information
Welcome to Solak Motors, your master company for engine repairs, engine overhaul and engine damage purchase in Bielefeld! Our central focus is on engine repair, engine damage repair, engine overhaul, engine damage purchase, so the engine repair... for damage of all kinds, but especially on damage such as: timing chain, piston breakage, compression ! With our engine overhaul we make sure that your vehicle will find its way back to the road, and will not let you down for another thousands of kilometers.
View full description

5.00 out of 5
5 Reviews
Solak Motors offers a professional service.

5.00 out of 5
5 Reviews
The results fulfill all requirements.

5.00 out of 5
Excellent
Recommendation
Can only recommend the company Solak, everything worked great. Timing chain of my BMW x3 was broken. Engine runs again TOP.
Show original Translation
Quality 5.00
Value 5.00
Services 5.00
Realization 5.00
Consulting 5.00
Customer service
Excellent (5.00)
Cost-performance ratio
Excellent (5.00)
Customer review & rating for:
Solak Motors
View rating
01/09/2022Anonymously
Send email to reviewer  |  Report review
Share review:
5.00 out of 5
Excellent
Recommendation
Conrod bearing damage Audi A6 4G C 7 3.0 TDI 272 Ps
Part 1 of the assessment : The advice is very good and mega friendly. The pickup of my car took place directly the next day. Price performance is also okay. I myself am very excited about the final result
and look forward when I can drive the car again.

Show original Translation
Consulting 5.00
Customer service
Excellent (5.00)
Customer review & rating for:
Solak Motors
View rating
09/26/2021D.
Send email to reviewer  |  Report review
Share review:
5.00 out of 5
Excellent
Recommendation
In March of this year, I received the shock news of engine damage to my Golf 6, 1.4 tsi. Since a vehicle change was out of the question, the only option was an engine overhaul.
After the first searches in the closer environment of Magdeburg for a repair, disillusionment occurred. Either the price was disproportionately high or a repair was refused. So I tried my luck with a more extensive search in the neighboring states. Here there were a lot of engine repairers, but on closer inspection they turned out to be very shady.
With this knowledge I finally arrived at Solak Motors. Initially, there was a certain skepticism whether I would be better off here than with the first. However, my doubts were quickly dispelled in a telephone conversation. The consultation was very friendly and extremely professional. So I placed the order, my car was picked up and after less than two weeks it was already repaired and ready to be picked up. In the on-site meeting there was a detailed explanation of the scope of the repair and an agreement on how to drive the car for the time being.
From my point of view I can recommend Solak Motors 100% and limited, because my engine purrs like a new one. Here is worked professionally and seriously. Keep up the good work!

Show original Translation
Quality 5.00
Value 5.00
Services 5.00
Realization 5.00
Consulting 5.00
Customer service
Excellent (4.60)
Customer review & rating for:
Solak Motors
View rating
12/25/2020Anonymously
Send email to reviewer  |  Report review
Share review:
5.00 out of 5
Excellent
Recommendation
Hello Solak Motors,
as promised I am now giving a review.
I, that is a Mercedes SLK 350 V6 bought from a dealer and came to you with a timing chain disease. After a week with you in treatment I was given back to my owner recovered and drive since the complaint freely over the roads. Well done
Advice and rice / performance I have not evaluated because the repair costs were borne by the dealer. If there were more than 5 stars I would also give the full.

419 Reviews from 3 other sources

Your message to Solak Motors

* All reviews and experiences about Solak Motors are the subjective opinions of those who compose and submit them  |  The profile owner is responsible for the contents of this page  |   Profile active since 03/05/2019  |  Last update: 01/19/2022   |  Report profile