Trade with medical and wellness products 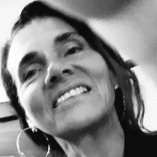 This award is based on the customer reviews of the last 12 months:
4.74 out of 5
Excellent
83 Reviews
Criteria for the award >

This award is based on the customer reviews of the last 12 months:
4.74 out of 5
Excellent
83 Reviews
Criteria for the award >
4.74 out of 5
Excellent
84 Reviews
Authenticity of reviews
Submit a review
Contact information
vita-life® stands for "holistic health care" throughout Europe since 1995 with over 200,000 enthusiastic customers - core competence: magnetic resonance stimulation - products that support the immune system and strengthen the self-healing powers... of the body and organism. Our customers are our best resource for growth, because enthusiastic customers tell others and that creates trust!
View full description

4.84 out of 5
19 Reviews
Customers would use the services of VITA LIFE Europe again.

4.94 out of 5
18 Reviews
VITA LIFE Europe offers a professional service.

4.74 out of 5
Excellent
5.00 out of 5
Excellent
Recommendation
We have the Vita live already 24 years, now the control unit has switched to red, after a consultation was quickly found out what was defective.
We did not have to buy a new device it was only the coil defective from the mat.
Thanks to the competent advice.
We can only recommend the system magnetic field of Vita live.

What has been the case with all the fractures, other than not needing pain medication, is that I have had an abbreviated
healing process of several months. In each case the x-rays showed optimal healing after about 3 months so the doctor recommended removing the implants early.

Your message to VITA LIFE Europe

All reviews and experiences about VITA LIFE Europe are the subjective opinions of those who compose and submit them  |  The profile owner is responsible for the contents of this page  |   Profile active since 09/06/2021  |  Last update: 08/11/2022   |  Report profile