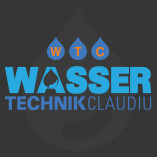 4.99 out of 5
Excellent
43 Reviews
of which
10 Reviews
from 1 other source
Authenticity of reviews
Submit a review
Contact information
Here we have listed our services for you
- On site inspection
- Planning and
- Implementation... - Commissioning
- Drilling wells
- Well rehabilitation
- Knocking wells
- Percussion well service
- Percussion well pipes
- Swimming pools
- Infrared cabins
- Pumps and pumping equipment
- Irrigation system for your garden

We have the products & the technology,
We have the knowledge & the ideas
WTC Water Technology Claudiu

5.00 out of 5
6 Reviews
WTC Wasser Technik Claudiu e.U is clear in terms of communication.

4.99 out of 5
Excellent
5.00 out of 5
Excellent
Construction of a drilled well near Wr. Neustadt - Clean and professional work in drilling and removing the well. Despite unpredictable soil conditions, an 18 meter deep well was drilled and brings more than enough water for our garden.
Mr. Claudiu Petrea was always available and communicated the respective steps and options clearly and understandably.
Can WTC water technology Claudiu unreservedly recommend!!!


Show original Translation
Quality 5.00
Value 5.00
Services 5.00
Realization 5.00
Consulting 5.00
Customer service
Excellent (5.00)
Cost-performance ratio
Excellent (5.00)
Customer review & rating for:
WTC Wasser Technik Claudiu e.U
View rating
11/22/2019Bauer R.
Send email to reviewer  |  Report review
Share review:
5.00 out of 5
Excellent
Recommendation
Already at the first contact I had a very competent impression of Claudiu/WTC.
At first I wanted a percussion well - since this project was unfortunately not feasible despite the greatest possible effort by WTC (groundwater level too low), I decided on a drilled well after consulting Claudiu - I am very satisfied with this solution and would recommend this company at any time.
- very friendly/competent technical advice on site
- deadlines are met
- use of high quality materials
- even in difficult circumstances always solution-oriented (even if it takes longer)
- Cost estimate corresponds to the actual costs after implementation

10 Reviews from 1 other source

All reviews and experiences about WTC Wasser Technik Claudiu e.U are the subjective opinions of those who compose and submit them  |  The profile owner is responsible for the contents of this page  |   Profile active since 09/05/2016  |  Last update: 09/27/2021   |  Report profile