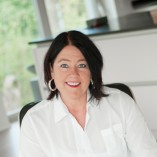 4.91 out of 5
Excellent
87 Reviews
of which
35 Reviews
from 3 other sources
Authenticity of reviews
Submit a review
Contact information
With Home Staging we prepare your property optimally for the sale. The prospective buyer can imagine living in the property and the desire to buy arises in a short time. Home staging shortens the selling time by up to 50% and the selling price is... up to 30% higher. Especially with heirloom properties we achieve impressive changes through Home Staging and your potential buyer can see the future of the property. We do all the necessary work for you to show your property from its best side and thus arouse as much buying interest as possible.
View full description

5.00 out of 5
15 Reviews
Customers would use the services of RAUM-IDEEN-RAUM Andrea Blum again.

5.00 out of 5
14 Reviews
RAUM-IDEEN-RAUM Andrea Blum offers a professional service.

I would like to particularly emphasize the extremely fast, professional and reliable implementation and execution of the stagings!

I can absolutely recommend Ms. Blum and your company!!!

Thank you very much and here's to good cooperation!!!

35 Reviews from 3 other sources

Your message to RAUM-IDEEN-RAUM Andrea Blum

All reviews and experiences about RAUM-IDEEN-RAUM Andrea Blum are the subjective opinions of those who compose and submit them  |  The profile owner is responsible for the contents of this page  |   Profile active since 07/25/2017  |  Last update: 05/24/2022   |  Report profile