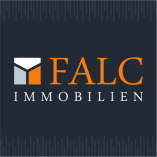 Top competencies (Based on 838 published reviews)

4.84 out of 5
101 Reviews
Customers would use the services of FALC Immobilien GmbH & Co. KG again.

It was offered a fireplace that does not work, and which will not be repaired even after information.
First it was said that one could speak with the landlord.
When asking again whether he also makes it, it was denied.

The driveway visible in the photo and the associated parking space, is much smaller in the original than in the exposé, and not suitable for vehicles.

Parking is possible only AWAY from the house.
Garage not available or usable.
It was initially insisted during the inspection to start with the basement, which also does not correspond to the size of the exposé.
This I found very strange.

Furthermore, no dimensions were visible on the Internet.
The reason for this became clear to me after the visit.

Nothing of this appeared in the offer.

For me, this house was a deception, and not satisfactory for the price.

Also the info about the landlord that he has several objects and nothing sold, I think is no info for the tenants.

I will look after this visit rather for a purchase, instead of a rental property.

I am sure all this is not only me noticed.

Yours sincerely:
A. Lehmann

FALC Immobilien Heilbronn
5 Reviews
4.98 out of 5

* All reviews and experiences about FALC Immobilien GmbH & Co. KG are the subjective opinions of those who compose and submit them  |  The profile owner is responsible for the contents of this page  |   Profile active since 09/15/2017  |  Last update: 05/09/2022   |  Report profile