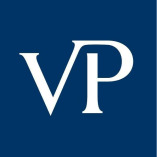 This award is based on the customer reviews of the last 12 months:
4.86 out of 5
Excellent
36 Reviews
Criteria for the award >

5.00 out of 5
9 Reviews
VON POLL IMMOBILIEN Augsburg enables set goals to be achieved.

5.00 out of 5
Excellent
Recommendation
I would like to take this opportunity to thank Mr. Lindner for his comprehensive and competent support. Through his many years of experience and excellent knowledge of human nature, the optimal solution could be found for me despite some impassibilities. Once again my thanks and good luck for your company. In Mr. Lindner you are supported by a very capable employee. Should the next steps become feasible, I will again turn to your company with confidence.
Show original Translation
Quality 5.00
Value 5.00
Services 5.00
Performance 5.00
Consulting 5.00
Customer service
Excellent (5.00)
Cost-performance ratio
Excellent (5.00)
Customer review & rating for:
VON POLL IMMOBILIEN Augsburg
View rating
08/09/2022Andrea Schaupp
Send email to reviewer  |  Report review

5.00 out of 5
Excellent
Recommendation
We received the best advice and support from Mr. Lindner! Since we moved abroad in addition to the pandemic, the framework conditions were really difficult. Mr. Lindner pulled out all the stops and handled the rental of our house reliably, trustfully and competently. Many thanks for that!
Show original Translation
Quality 5.00
Value 5.00
Services 5.00
Performance 5.00
Consulting 5.00
Customer service
Excellent (5.00)
Cost-performance ratio
Excellent (5.00)
Customer review & rating for:
VON POLL IMMOBILIEN Augsburg
View rating
05/25/2022Anonymously
Send email to reviewer  |  Report review

4.78 out of 5
Excellent
Recommendation
Mrs. Gräf was a competent contact person in all respects, in the purchase as well as in the further letting of our property. Also many thanks to Mr. Princiotta, who was responsible for the renting, and who efficiently realized our property in the segment (fully furnished). Thanks to his good knowledge of English and his fine intuition, we have found a very nice family that fits our concept. Thank you and keep up the good work.
M. Fritz-Assetmanagement KG
Show original Translation
Quality 4.78
Customer review & rating for:
VON POLL IMMOBILIEN Augsburg
View rating
05/05/2022M.Degenhart
Send email to reviewer  |  Report review

2.20 out of 5
Fair
The plan on the Internet was not correct, for example, there was no passage room drawn, lemon scent sticks in the old building and several too deep holes in the parquet (construction drying?), the age of the gas boiler unknown, the history of the owners too unbelievable.
Show original Translation
Quality 3.00
Value 1.00
Services 2.00
Performance 3.00
Consulting 2.00
Customer service
Excellent (5.00)
Cost-performance ratio
Poor (1.00)
Customer review & rating for:
VON POLL IMMOBILIEN Augsburg
View rating
04/26/2022Anonymously
Report review

5.00 out of 5
Excellent
Recommendation
Already on the phone a very polite team.
An appointment with Ms. Mollemeyer was quickly found and with your friendly / sympathetic manner
she handled everything promptly and competently.
If I need something again in the direction of real estate I will definitely come back to you.
Show original Translation
Quality 5.00
Value 5.00
Services 5.00
Performance 5.00
Consulting 5.00
Customer service
Excellent (5.00)
Cost-performance ratio
Excellent (5.00)
Customer review & rating for:
VON POLL IMMOBILIEN Augsburg
View rating
04/03/2022Niggl
Send email to reviewer  |  Report review


Share review
5.00 out of 5
Excellent
Recommendation
Many thanks to the "Von Poll Immobilien" team!

Anyone who is currently looking for a suitable apartment/property knows the problem: it is incredibly difficult to find an object. It is even more difficult to find the right property. After a long unsuccessful search of newspapers and online portals and unanswered inquiries, I decided (with little hope) to approach a real estate agency.

To my great luck I came across "Von Poll Immobilien".
From the beginning I felt very well cared for here. In a detailed consultation with Mrs. Gabriele Gräf, my wishes and needs were specifically discussed and my personal life situation was taken into consideration.
In a very short time I received an offer. I was sent a beautifully designed and informative exposé of the property and a viewing appointment was arranged.
If I had had to describe my dream apartment beforehand - it would have been pretty much exactly the apartment I was now invited to view.
Mr. Christian Princiotta from the team guided me through the apartment, showed me all the other associated rooms such as the basement, common rooms and the underground garage and had an answer to all my questions. The meter stick to measure (which I had forgotten) he has - professional of course - immediately at hand.
Also at this viewing appointment I was given enough time to look at everything carefully and to let the apartment affect me - a very important point, because a decision for an apartment is already something permanent. I never had the feeling that it had to be done quickly because the next customer might already be at the door.
I was able to decide for the apartment without any doubt and the contact to the landlords was established by "Von Poll Immobilien". Again, I had the feeling that the contact was very well prepared and the first meeting, thanks to the preparatory work of Ms. Gräfe, already had a very good starting point.
During the execution of the contract up to the signature and all further questions, which arose in the course, I found in Mrs. Viktoria Klippenstein of the team of "Von Poll Immobilien" an always friendly, patient and competent contact person.
My conclusion: I can unreservedly recommend "Von Poll Immobilien". The whole team and Mrs. Gräfe herself, all are very competent, friendly and helpful. And... I now have a real dream apartment, which I would never have approached myself. Thanks again to the whole team!
Bernd Maier
Show original Translation
Quality 5.00
Value 5.00
Services 5.00
Performance 5.00
Consulting 5.00
Customer service
Excellent (5.00)
Cost-performance ratio
Excellent (5.00)
Customer review & rating for:
VON POLL IMMOBILIEN Augsburg
View rating
03/26/2022Bernd Maier
Send email to reviewer  |  Report review


Share review
5.00 out of 5
Excellent
Recommendation
Mrs. Mollemeyer, is always friendly, courteous, well prepared as well as punctual to the appointment.
We would be very happy to continue working with Von Poll Immobilien/Mrs. Mollemeyer in the future.

527 Reviews from 6 other sources

All reviews and experiences about VON POLL IMMOBILIEN Augsburg are the subjective opinions of those who compose and submit them  |  The profile owner is responsible for the contents of this page  |   Profile active since 08/16/2021  |  Last update: 12/23/2022   |  Report profile